Here is an update on recent happenings in Shan State and Burma.

Current news: Some prisoners, most of them criminals but some of them political, have been released. Not enough. Many people who simply questioned the government’s way of doing things are still behind bars. You can sign a petition for their release at this website:
http://www.gopetition.com/petitions/signature-campaign-of-burma.html

Many of you have already seen the Skype interview between Aung San Suu Kyi and Charlie Rose. For those of you who haven’t, here it is:

The current government in Burma is allowing Aung San Suu Kyi more visibility than did past regimes. One journalist said they are “wooing” her, and that seems to be true. At the same time, there are frequent abuses of the ethnic people.

I have wondered if, as Suu Kyi hobnobs with government leaders, she is aware of what is happening in the countryside. Communication is restricted in Burma. While I traveled there in 2005, ten prominent Shan leaders were arrested, but I heard nothing about it until I returned to Thailand, one month later. A newsletter from the Shan Herald News Agency, dated October 11, 2011, addresses the problem of what appears to be happening on the surface, and what is actually happening.

“Though Myanmar’s central government held a general election on 7 November 2010 and has promised progress towards peace throughout the country, regular reports of human rights abuses in several ethnic states have persisted. Recent accounts from Mongyaw (Shan State), about 32 miles east of Lashio (the capital of Shan State north) have indicated that villagers have been forced into labor and support of government troops.” Thousands more have fled from their homes and live in hovels erected from bamboo and jungle grasses at the Thai Burma border, scavenging for food in the jungle, and without international support.

Forced labor and rape of ethnic women by the Burma military continue unchecked. In August, I sent you information about Charm Tong, who was the director of the School for Refugees from Shan State where I taught English in 2002 and 2003. She co-authored the report, Licence to Rape, published in 2002, which first exposed the military’s use of rape as a weapon war. Here is a website for a recent video of her interviewing the young victim of such a rape:

While many of the horrors perpetrated by the Burma military are beyond our control, we continue to help educate those children who escape from the military and flee to Thailand. Here are excerpts and several photos from a teacher’s report at a migrant camp school for twenty children. (I like the last sentence of the following paragraph!):

“Dates and description of special activities New Year Day: after 2011 New Year, SYP teachers and team organized fun and learning activities for New Year. In the activities teacher brought language game, picture and stories to tell students before give them present. From the activities students learn new words and stories that encourage them to be a good person.”

Here are a few descriptions of outstanding students:
“Noung Mwe – She has developed and can follow the lesson in the classes quickly. She also has painting skills that can link to the lesson that we have taught. She has good attention in the lesson and tries to ask when she has a question. Especially, she can help her friends to read while they are learning in the classes.”

In a comment about the boy in the photo below, his teacher said he is very clever but his parents have moved, so it is difficult for him to attend classes. (The teachers often pick up students on their motor bikes.) 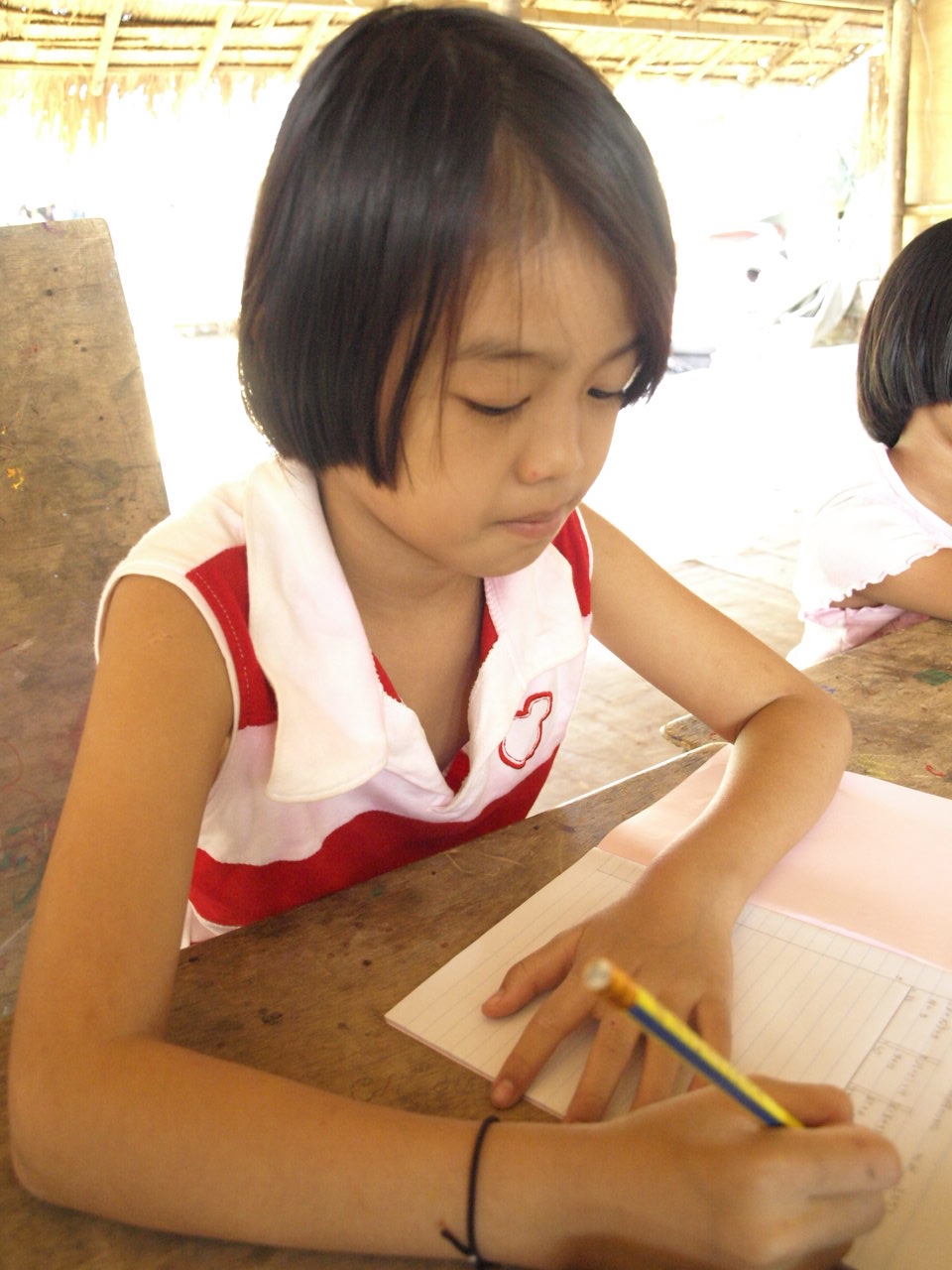 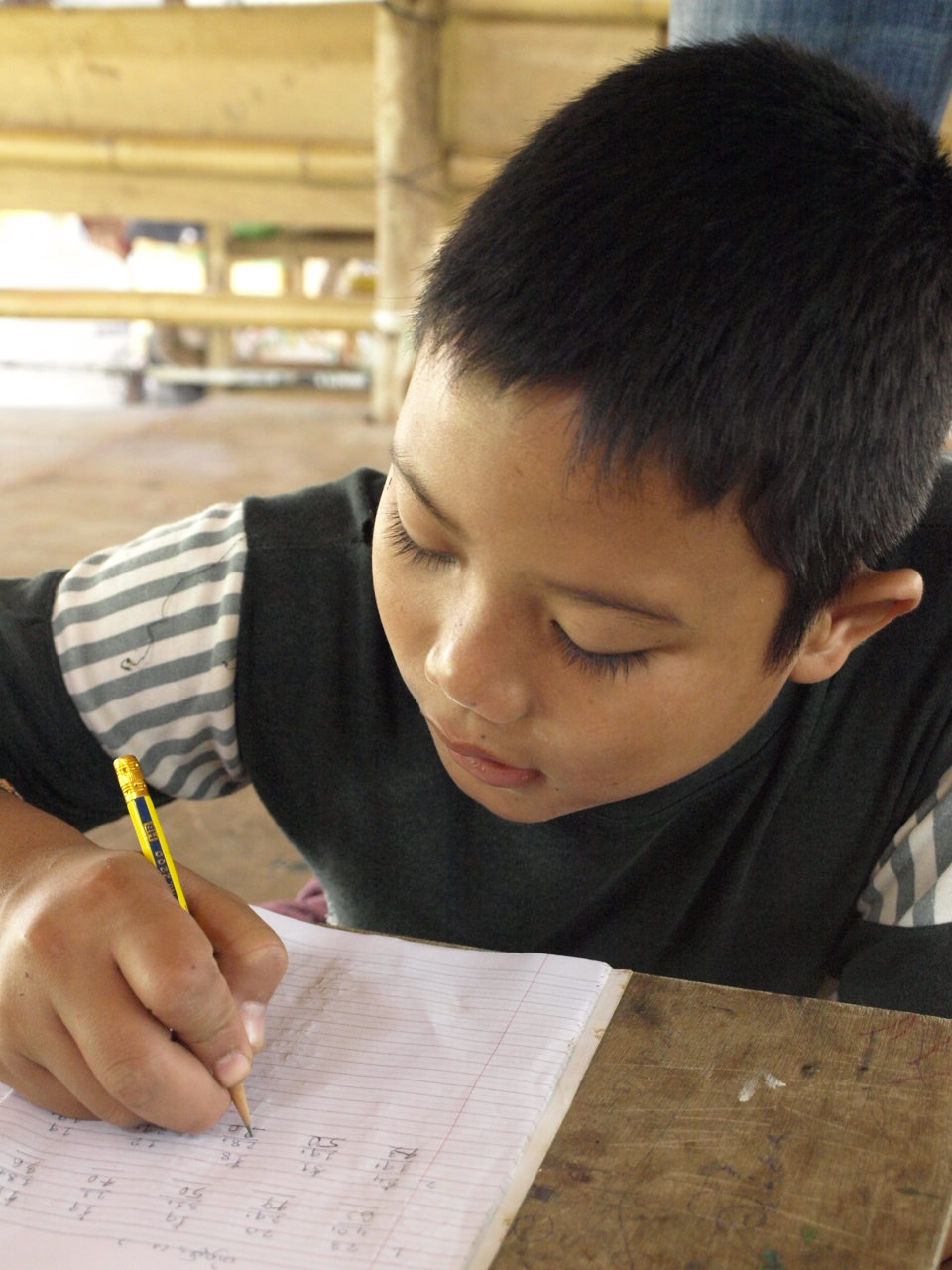 I will be returning to Thailand November 3. If you haven’t donated to Schools for Shan Refugees yet this year and you are able to do so, you could either use our website www.shanrefugeeschools.org (Pay Pal charges a 2.3% fee) or send me a check. I am having my mail forwarded, but please don’t mail anything after February 1—wait for my return, March 1. I will update you on our projects while in Thailand and Burma.

On behalf of Shan refugees from Burma, I thank you for helping innocent child victims of ethnic persecution get an education. And one more uplifting note: So far, about $1,500 in 2011 donations have come from young Americans under the age of 19, some of them in cooperation with a young refugee from Burma in Thailand, who donated earrings for them to sell. We can be proud of the world’s young people!

“Our greatest gift to others is our ability to enter into solidarity with those who suffer,” Henri Nouwen